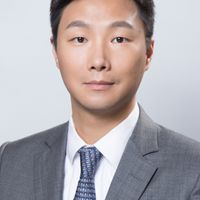 China is "notoriously" complex and costly for FMCG companies to distribute and sell across different cities and channels in China.

China has about 660 cities, of which 88 cities have over 1 million population. What is important is these top 88 cities still only account for less than 60% of the urban population. There is a long tail of small cities contributing to a significant portion of the market.

It is similar to channels. It is estimated that China has 7-8 million of point of sales, of which organised trade is still a very small percentage. To be truly nationally present, there is also a long tail of fragmented but still significant portion of distribution from small outlets in traditional trade.

It was a big challenge to penetrate such a complex market. Multiple tiers and layers of distributors and wholesalers are typically used, leading to high cost to serve and poor price and execution control.

However, eCommerce giants such as Alibaba and JD are changing the logistics landscape very quickly. To be able to cover China for its B2C ecommerce business, both of them have invested heavily in their own logistics network. They have become a disruptive force in shaping China's go to market landscape. Many FMCGs are re-evaluating their go to market model by leveraging these ecommerce players' logistics network as well as their B2B eCommerce platform to reach smaller cities and smaller outlets.

eCommerce has been widely recognised as a big disruption for B2C retailing in China. In the meantime, the logistics network they are building is also reshaping China's go to market landscape. It seems finally China could be "flat" to access...

Unilever will use JD’s extensive logistics network to ship its products around the country, for sale in stores owned by JD and other retailers. JD.com refers to this being its “Retail-as-a-Service” offering, making its technology and infrastructure available to partners beyond its own business.