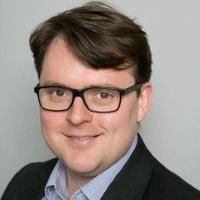 Because it had a database of thousands/millions of road miles and events that looked pretty similar and decided it was safe.

And if it didn't have the data? Paralysis or disaster probably.

Data is the lifeblood of the deep learning that will drive automation and artificial intelligence. For automotive services, sat in the headlights of disruptors, the complexity and paucity of the data needed to automate should be a source of comfort, and potentially excitement.

Data is a huge challenge for the robot revolution and one of the most misunderstood or overlooked considerations as to how fast it will happen.

A good parallel is manufacturing robots. These have been revolutionary at repetitive, defined tasks but not so good at artisanal, heterogenous and complex ones because they can't easily be "taught".

In the same way, their informational cousins have their limits. Robots/AI today mostly depend on machine learning that likes closed systems with defined rules, limited complexity and lots of historic actual data or easily repeatable simulations.

Hence there is a reason robots like chess and computer games, and why they won't like driving in congested city centres (who does?).  The chaotic, fluid and ever-changing situation that is the roads and their all too human drivers represents a steep challenge. Algorithms might sympathise with Sartre's lament that "Hell is other people".

For businesses, particularly in automotive, logistics and transport, this is good news. It provides some form of competitive moat, or at least a firebreak, from imminent disruption. It makes the AI revolution a little bit more tangible and manageable. It is easier to imagine and unpick the kinds of activities that might get disrupted first, and some activities may remain too unpredictable to be within the reach of automation - at least while flesh, blood and human weakness control the other vehicles on the road.

That means logistics businesses maybe should worry about driverless trunking on segregated motorways, but perhaps less urgently about drones or robots in city centres. Car parking companies can ponder about automated valet parking, but worry a bit less (for now at least) about whether cars will just drive themselves around instead of parking up.

The silver lining is that any business with a lot of vehicles on road isn't just creating particulates and nitrogen oxide. They are unwittingly creating highly valuable data on real world driving and failing to capture it. Large numbers of vehicles (especially operational vehicles) have telematics and connectivity already and will increasingly have LIDAR and cameras for driver assistance.

Who will be the first one to seize the opportunity to monetise that by taking a cut from selling it to Waymo, Uber, manufacturers and others? Could someone even fund free telematics in return for the data?

Either way, that driverless car is going to get across that road. Eventually.

Will self-driving cars keep getting better, like image search, voice recognition, and the other AI success stories? Or will they run into the generalization problem like chat bots? Is autonomy an interpolation problem or a generalization problem? How unpredictable is driving, really? (...)To the extent that it’s about identifying familiar objects and following rules, existing technologies should be up to the task. But [NYU's Gary] Marcus worries that driving well in accident-prone scenarios may be more complicated than the industry wants to admit. “To the extent that surprising new things happen, it’s not a good thing for deep learning.” 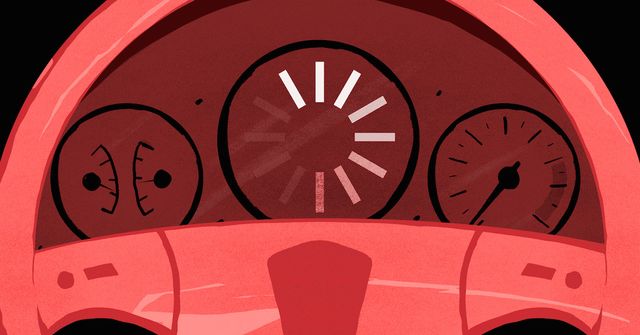 Great piece from @russellbrandom on why AI is fundamentally ill-suited to some of the tasks it's most widely touted for https://t.co/3e1qIqMYDL

The end of the "Gig" economy? Time to innovate again for logistics companies
John Evison